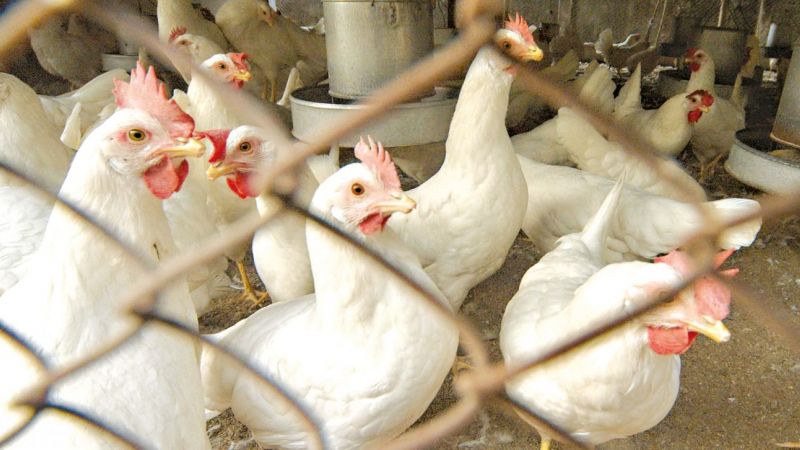 There has been a stunning slump in demand for meat and eggs since coronavirus arrived on these shores. And the dizzying speed at which the lethal pathogen went about upending life in the country prompted many farms, slapped by unprecedented losses, to cut back on production by more than half.

But the development now means the nation is heading towards a poultry shortage and a price increase.

"There would be an impact in the middle of next month and the supply-demand mismatch for poultry would continue for a minimum of six months," said Fazle Rahim Khan Shahriar, managing director of Aftab Bahumukhi Farms.

Breeders used to hatch 1.40 crore day-old chicks every week before coronavirus. Now, it has come down to 70-75 lakh, according to industry people.

In general, it takes a month for a batch of birds to become mature for sales and three weeks to get a bird from an egg.

As the nationwide movement control order took effect on March 26 to flatten the curve on coronavirus, hotels, restaurants, bakeries and fast food joints shuttered on a slump in customer footfall and the need for social distancing meant there were no mass gatherings like weddings.

In short, the demand for chicken and eggs hit the pits, forcing hatcheries either to sell hatched eggs at throwaway prices or dump chicks.

Besides, the ongoing shutdown has wiped out the income of the poor and low-income people, one of the main consumers of poultry products, said Mahamudul Hasan, joint secretary of the Bangladesh Poultry Industries Association (BPIA) for Rangpur division.

The sector has been suffering for low prices for the last eight months and the coronavirus has dealt a fresh blow.

"Some of the breeders even offered day-old chicks to farmers for free, but no farmers wanted to take them," said Sayed Sultan Ahmed, general manager of Kazi Farms, one of the biggest poultry breeders in Bangladesh.

This compelled breeders to sell day-old chicks at Tk 1-2 each against the production cost of Tk 32-Tk 35, according to the Bangladesh Poultry Industries Central Council (BPICC), which represents the Tk 35,000 crore-poultry industry in the country.

The farm has 13,500 layer chickens. It incurred losses for selling an egg at Tk 5.20 until early this week against the cost of production of more than Tk 6.

"Even the prices of layer chickens have fallen below the level of the prices we got in the days before the coronavirus outbreak," said Biddyut, one of the 88,000 poultry farmers in Bangladesh.

But it is good to see the prices of eggs have started to recover.

"If the trend continues, we would be able to recover the losses," he added.

The rebound in prices, however, might be temporary, said Md Golam Kabir Shishir, a broiler poultry farm owner in Pabna.

The price of broiler chickens has begun to go up as farming dropped, said Ahmed of Kazi Farms.  Also, the prices of day-old chicks rose amid farmers' renewed interest in posting higher sales during Eid, scheduled for next month.

"Prices will go up sharply if the shutdown ends and normalcy returns," he added.

The resurgence in demand would be short-lived and the industry situation would turn bad after the Eid-ul-Fitr festival, said BPICC President Moshiur Rahman.

"Overall, the poultry industry situation is not good. This is the worst ever crisis for us."

The BPICC estimates that the sector incurred a loss of Tk 1,650 crore until April 11. This included the losses faced by feed millers and animal health companies.